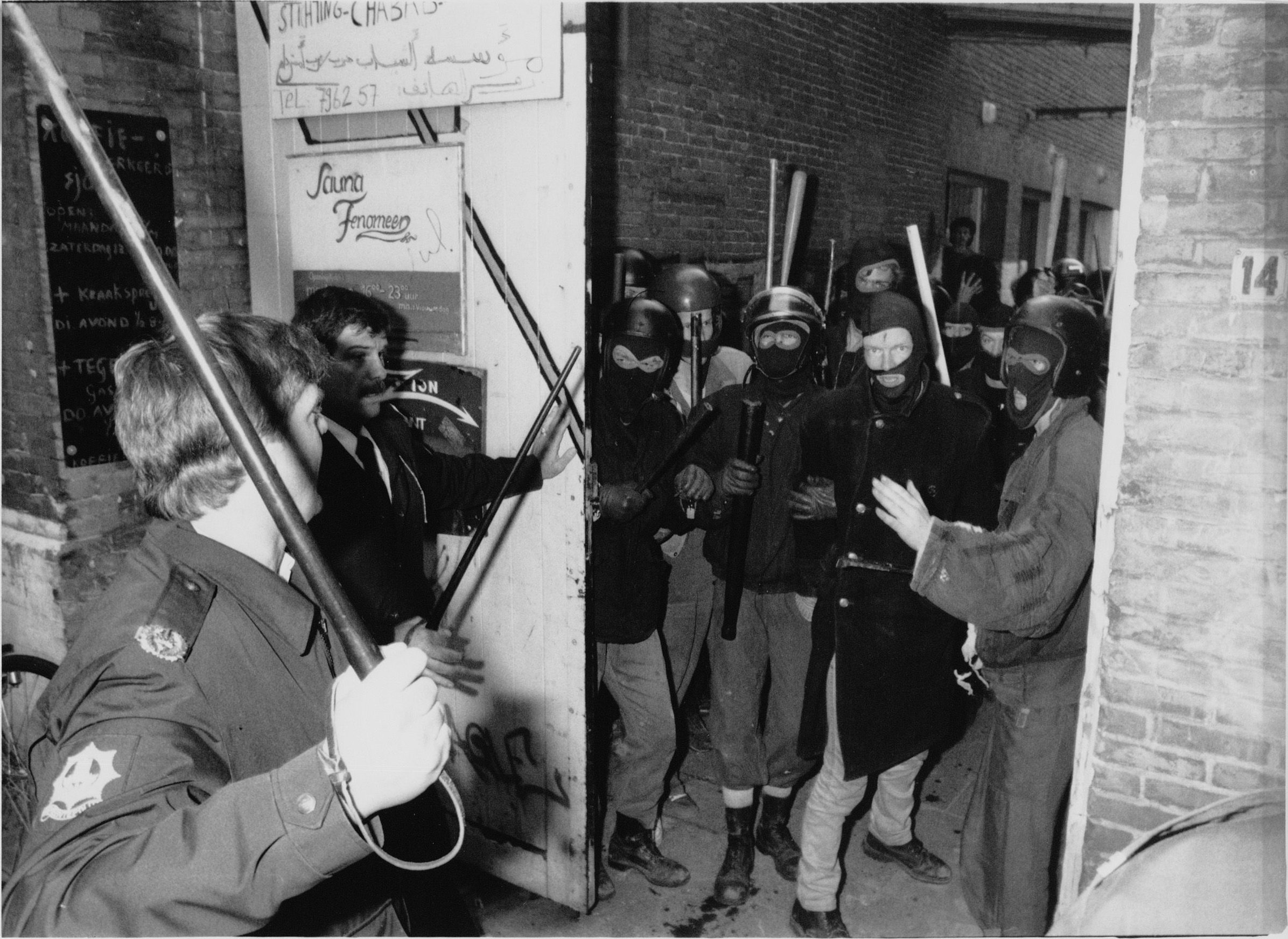 On Friday, February 10, 1984, these nineteenth century draw horse stables designed by Abraham Salm in the Oud Zuid (Old South) area of Amsterdam were squatted as part of the "Day of Unrest", organised by the Amsterdam squatters' movement.

This was a protest against the imminent eviction of the huge "Wijers" squat complex on Nieuwezijds Voorburgwal, to build a Holiday Inn hotel. Wijers was evicted four days later by a force majeure of the police, who had great difficulty due to the passive resistance of 1500 to 2000 squatters.

Some people who were active in Wijers came to the newly squatted complex after the eviction. Together with a group of squatters from the active Schinkel Area / Neighborhood Hoofddorpplein and in close cooperation with the neighborhood center De Meerpaal (now Cascade), they organized, amongst other activities, the rental assistance hours and a youth help center. In those early days, the complex offered space to initiatives such as the sauna Fenomeen (Phenomenon), the toddler playground Binnenpretjes (now housed in Cascade), Moroccan youth center Chabab, bicycle workshop Farafina, music studios, the OCCII concert hall, the Kasbah café, the children's theatre practice space of Wijnand Stomp (adopted by Teatro Munganga in 1988), info centre the Bollox, restaurant

From the beginning on, efforts were made towards maintaining a horizontal organizational structure. The interrelation between the various initiatives were obviously not always smooth. There were long conflicts fought on the distribution of square meters, which left some disappointed and others taking their place.

In 1989 the municipality of Amsterdam began the "Clean Ship" campaign in which all publicly owned squats were asked to negotiate. De Binnenpret finally ended up last in row and after long negotiations with the HAT Project led by Mr Daalder, an agreement was reached in the form of a rental arrangement. Try to remain independent, changing from squatter to tenant! 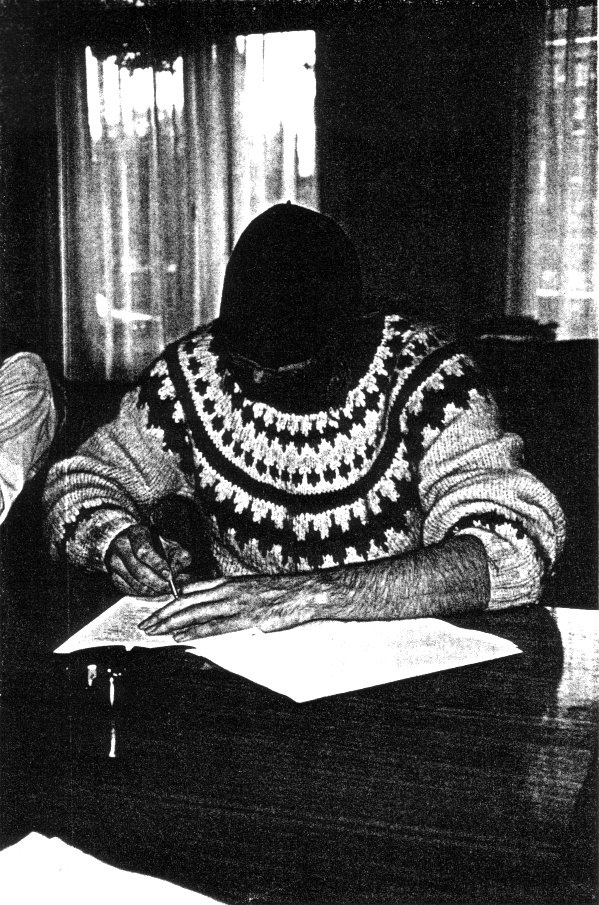 In the nineties, the way of life with which the squat group Schinkel Neighborhood had become large was vanishing. It was not easy anymore to get welfare money ("Do they owe you a living? Of course they do, of course they do!") anymore and the many volunteers made way for the Melkert jobs project: jobs subsidized by the state but paying below standard minimum wage. The business initiatives from the beginning in 1984 have now grown into thriving small businesses. Gradually, there were more initiatives especially for the youth from the neighborhood: Kinderpret, hosted by the OCCII, the culture education projects Munganga, Rob Logister and Marie Raemakers and Marie's club (children's workshop) in one of the artist's spaces. Binnenpret focussed on neighborhood-oriented and accessible activities from it's inception. A large number of Binnenpret people also live in this neighborhood and attract other local residents along to this unique place in Amsterdam Oud Zuid. Also, as Melkert jobs are no longer in use, the volunteers are back again.

See also: ‘Make it your own’: Meyndert and Emmy on 30 years of Binnenpret